Have you ever been so into a certain album/song and so lost in a book/game/etc. at the same time, that whenever you hear that album/song – no matter how many years later it is – you instantly think of that form of media or fandom that you were so lost in? This happens to me all too often. There’s also the songs I tend to equate with times and events in my life, but the ones linked to fandom seem to bring me to another place entirely. There’s always a flood of memories of exactly what I was into and doing when I would listen to that song while consuming a piece of a fandom I loved. A few weird ones that stick out in my head are the following. And wow, are they special…? 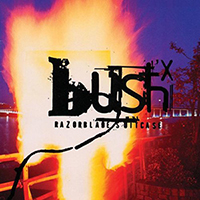 The one that sticks out the most in my mind is the song “Cold Contagious” by Bush. I mentioned this whole mess in the Special Place in My Heart – Myst post a good while back — it was 1996 and both Myst: The Book of Ti’ana and Bush’s Razorblade Suitcase were released. My Dad would go into the office he worked in on the weekends to get some stuff done and if I wasn’t sitting around looking at Sailor Moon and Gundam Wing pictures on the internet, I was 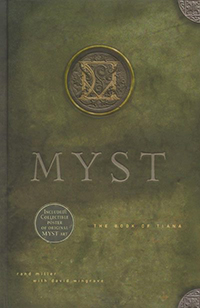 back in the room of empty cubicles. I remember using my coat as a pillow and curling up on the desk of a cubicle in the back corner with The Book of Ti’ana in my face and Razorblade Suitcase playing on my headphones which of course, were connected to my portable cd player (so fancy!). I occasionally associate the whole album with the book, but “Cold Contagious” always really stood out because it had a certain sound and a certain feel. In the most basic of terms regarding the plot (it is very twisty and complicated but I will try to keep it simple and vague, in case you ever read it): there is a giant society and a giant city and in a turn of events (backstabbing, betraying, she’s so different we’re supposed to be a secret get her out, etc.) this giant city falls and it falls hard. So “Cold Contagious” always brings me straight to that nest I made on the desk and under the cabinets of that cubicle and straight to the fall of a city full of people who could write other worlds. I could be driving, I could be at work, I could be at my sewing machine – but if that song comes on, that’s where my mind goes every single time. 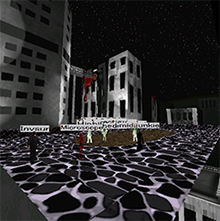 There are a number of David Bowie songs – and this is totally understandable since it was a whole Bowie thing – that remind me of Worlds Chat, which was a 3-D chat program where you picked an avatar and wandered around different areas, chatting to people if you wanted. I would never really chat with anyone. I would make my 3-D avatar as deliciously gothy as I could and meander around all the different areas. There was a cabin or something, and a garden maze type place – but obviously the best section was the David Bowie section. In 1998, David Bowie created Bowienet, which was an Internet Service Provider. It had its own forums, email and so on – it also gave members early access to new Bowie stuff. My Mom is a HUGE David Bowie fan and jumped on this right away. Worlds was included in this whole shebang, which was why they had a whole Bowie area – for all the Bowie fans to congregate and chat. There was a club, a weird intersection in a city, and a few other locations in this section and each one had a different David Bowie song playing. So if I have my library on repeat and the shuffle function decides to stop on songs like, “Subterraneans” & “Weeping Wall” from Bowie’s Low album, I will instantly think back to my tall, goth, fierce (and kind of blocky) babe and wandering around exploring the corners where other chatters didn’t bother to tread. I feel like I want to write a bigger post on this whole thing one day…

Sometime right around the end of the 90’s I was with my Dad for the weekend and we were helping some friends move. The daughter in the family, Jessica, was out of town for a bit so I stayed in her room in the new house the weekend we were there. A few days before all of this – bum, bum, BUM! — I had found a script to The Lost Boys 2 online. I can’t remember if it was supposedly “legit” or fanmade or what (since there were ALWAYS rumors about a Lost Boys 2 until it appeared in 2008). But I printed that whole beast out and stayed up well into the morning reading the whole thing. Which is embarrassing because it was pretty bad. I kept thinking, “THIS WILL GET AWESOME SOON.” Unfortunately, I had “Be Quiet And Drive (Far Away)” from the 1998 Deftones album Around the Fur on repeat just about the whole time I was reading this thing. I mean, fortunately, it was the Deftones, and Around the Fur is still a favorite album of mine – but unfortunately, that song now transports back to Jessica’s bedroom (I can still picture it pretty empty except for the bed and a vanity with a mirror cause they were still moving stuff in– BUT THAT SCRIPT I CAN’T–), with my headphones on, talking to the script about how it could be better. My “edits” were probably just as bad. The most vivid thing I can think of though, was the fact that the vanity was right across the room from the bed so as I sat and read, I would look up occasionally, at my reflection and shake my head a la Jim Halpert like, “Can you believe this shit?” 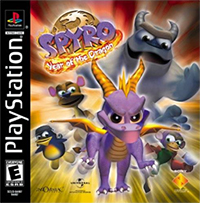 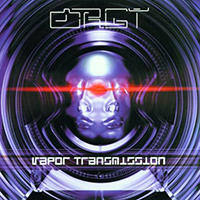 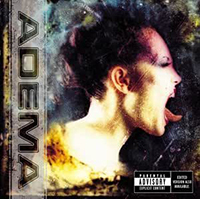 In 2001, I had discovered Adema and their first, self-titled album. I had also discovered the Twisted Metal series with the always entertaining Twisted Metal: Black that had come out the same year. My sister and I would stay up until 4 a.m. on weekends playing TM:B and we loved every minute of it, even if we were both just riding around one of the stages yelling at people and hitting them – we would especially go after the ones on scooters. I have no idea why. If we weren’t playing TM:B then I was puttering around with Adema’s album on – walking to the bus stop, writing, sitting on the computer – always Adema. They always tried to avoid the nu-metal label, which was popular and thrown around a lot at the beginning of the century, I always considered them some sort of rock 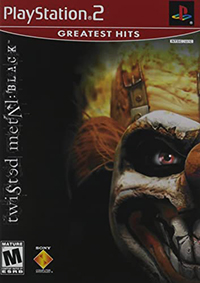 – but hey, I was a fan of some nu-metal. As long as it wasn’t screaming the whole time and I could groove to it, I was good. Whatever Adema was, I was in love with that self-titled album. Since I was eating that and TM:B up every free moment of my life, it’s obvious I would put the two together now, but there was another underlying reason, I think. The Adema album had its share of angry songs (which I still love to this day – “Freaking Out” is still a go-to song for me and my husband to put on and scream along with ahahhahahahhhah) and Twisted Metal: Black was a very angry and dark game. And I was all about that. I had never played any of the Twisted Metal games before so I had nothing to go off of regarding gameplay, stories, and characters. I just remember starting the storyline with my sister watching, picking Raven as the first story to play through, and demolition derby-ing every other vehicle in my way. We ended up playing through the story mode as every single character to see their storylines. Some were satisfying, like Raven’s, others made us want to rip our hair out and sob… Agent Stone’s timeloop? NOOOOOO. Basically, I can’t hear any song from this album without heading back to Midtown and the residents (and drivers) of Blackfield Asylum. 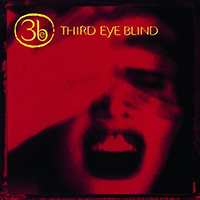 For some reason — I have no idea how the hell this happened — it just happened to be the right timeframe and place. I got a little tired of listening to the… noise? Music? I can’t even remember — in Yoda Stories. I started listening to the recently (at that time) released self-titled Third Eye Blind album. That’s all I remember about this. Singing along to Third Eye Blind and wandering around with my favorite Star Wars characters. THIRD EYE BLIND = YODA STORIES FOREVER TO ME NOW. I DON’T KNOW. 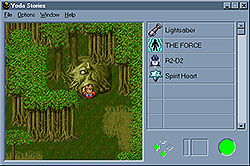 These are only some of the instances where this happens to me and it happens all the time because if I can manage where ever I am, I will be listening to music. Do you have any songs that bring you back to a book, comic, game, movie, etc.? Let me know on Twitter — I love hearing people’s stories about this kind of stuff, hehe. 😀