This entry is a mash-up of two entries I wrote on my original solo blog a loooong ass time ago. The original dates they were posted were March 28th and April 20th of 2011.

My current costume project at the moment is remaking/reworking some of the pieces of my Tempest cover Tenel Ka Djo costume. The scaled sleeves have always given me trouble and since I’ve 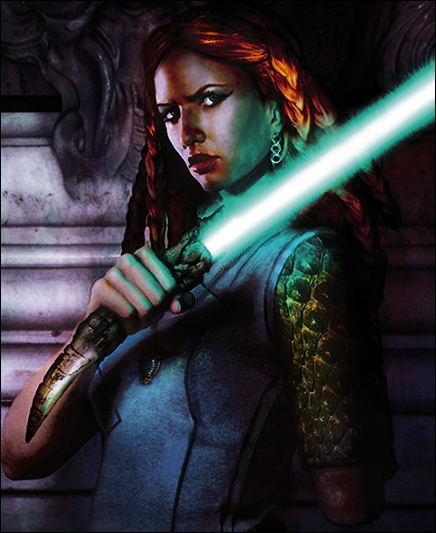 started working with aluminum scales (I was so excited when I discovered them), I figured I could try something relating to Tenel Ka with them. First up, the sleeves that have always given me trouble! ;D

Here are a couple of shots of what the sleeves were originally. On the left was when I pinned them to the bodysuit I was wearing under the costume – as you can see they didn’t stay where they were supposed to and it ended up looking completely odd once I moved around a bit. After that, I sewed them to a piece of base fabric to pin to my purple top and bodysuit. The looked better but now they weren’t long enough.

So I knew at some point I wanted to remake parts of this costume but I wasn’t sure how to at that point so I set it aside. A couple of years later I decided to hit up those crazy sleeves with scales. There was talk of a small Star Wars gathering at Katsucon (February in National Harbor, MD) so I figured I could try to get it done for that. Nate said he could bring his Caedus costume (which he is only wearing part of in the picture below, haha) and another friend of mine (my dear Natalie) was going to put together a Jaina costume so it was all going to work out! The thing here is that I was so focused on trying 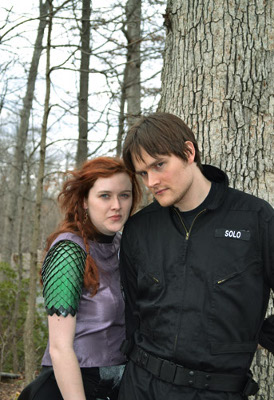 to get the sleeves the right shape and size that I didn’t have too much time to think about how to actually keep the flipping things on. Natalie and Nate helped me basically tie them on with some black cord. It was last minute, but it worked! 😀

Since Katsucon, I’ve decided to do a couple of things to the costume. I’m fixing up the sleeves so they fit better and sit nicer on my shoulders, I’m remaking the purple top to accommodate for the scales on the shoulders and I’ve made a sort of two-part belt 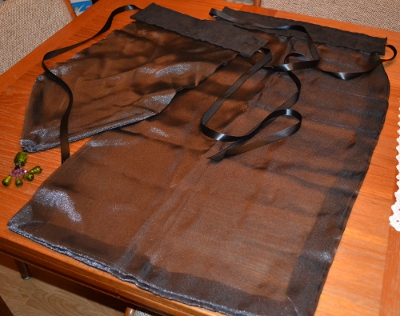 to hold the front and back waist capes on (or asscapes, as I lovingly always call them). Normally I sort of just shoved the unfinished end in my belt and waistband so this is much nicer, haha~

A couple of weeks ago I finished up the things I wanted to redo on this costume (the waist capes and sleeves, mostly) and Nate/Draetheus snapped some pictures of it out at our favorite park (Green Spring Gardens Park <3!)~ I want to bring it to a convention in the near future since I fixed all the stuff, but I’m not sure when/what con yet. 🙂 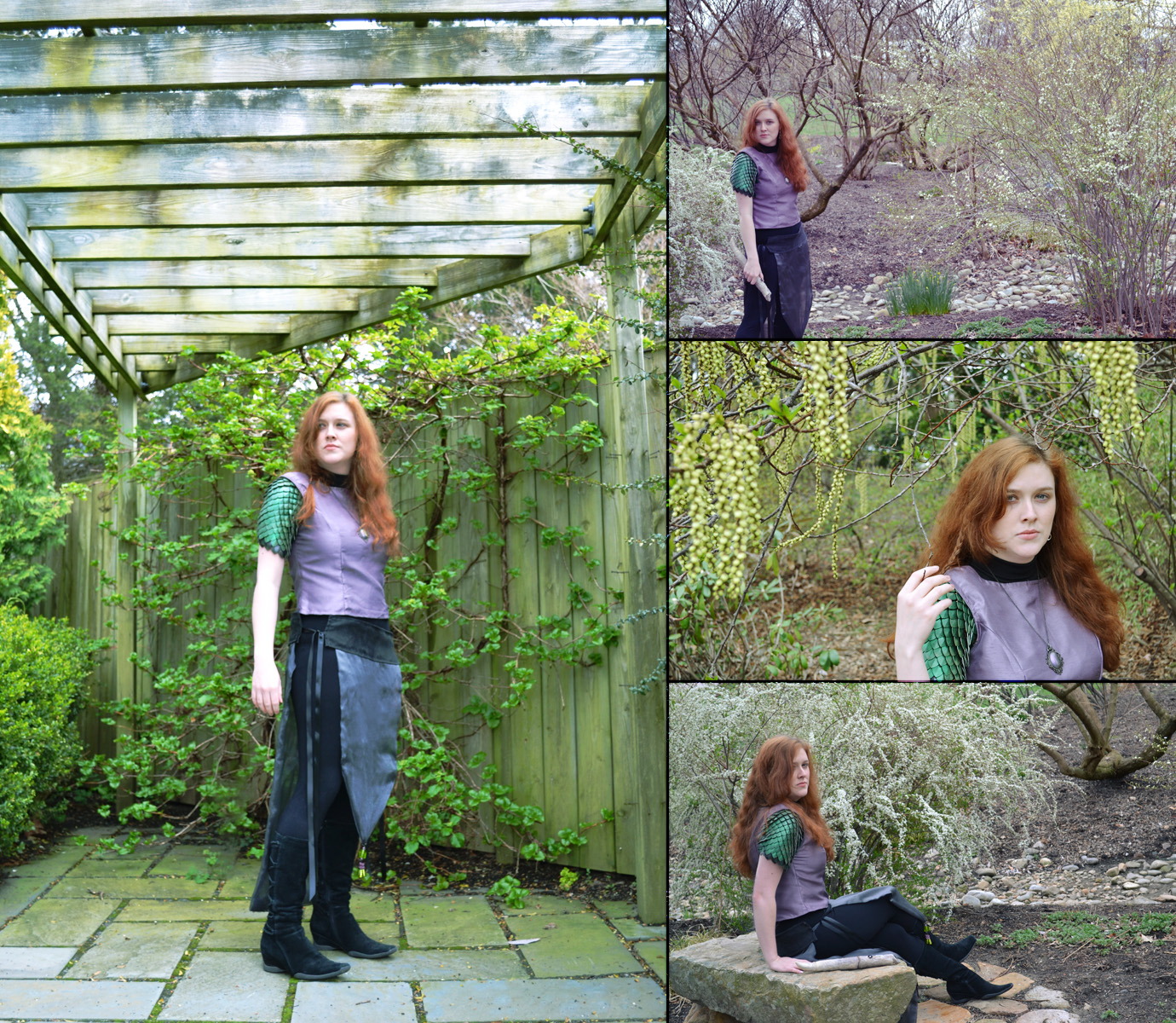 Normally, it’s easy for me to hide the bottom of my left arm sort of behind my back, but because of the scaled sleeves (there’s an identical set on the left arm which you can’t see since I keep showing my right side, haha XD) I had to sort of just hide the whole thing here. I might figure something out later, but for now, this is my good side, I guess – as the saying goes! 😉

Besides the shots above, I put some more up on the TK costume page on our site and hope to get some more when I finally bring this to a convention. I always loved the shots of Tenel Ka on the Tempest cover and in the Essential Atlas so I’m excited that I was able to get this put together (after all these years and versions of the costume I’ve been through, haha!)~