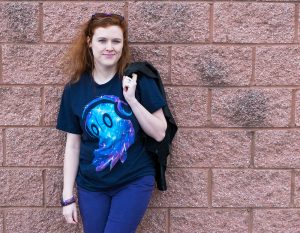 There was a thing going around at some point last year — I saw it on Twitter and Facebook and so on — that asked you to describe yourself in three fictional characters. The three I chose were Kinzie Kensington, Gudetama and the little darling on my shirt above, Napstablook. This little ghost is from the game Undertale and with as many amazing characters, events and things that are in that game, Napstablook is my favorite. If I had a dollar for every time I basically embodied the image to the right, I’d be rich. 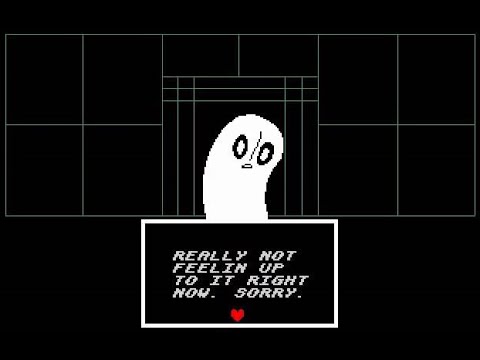 Last Christmas, I got this shirt as a gift from my husband who knows just how much I love and relate to Napstablook, hehe. It is an awesome shirt called Space Junk with art by Ian Wilding and can be found on the always amazing Fangamer! Besides being my favorite character, Napstablook is also part of one of my absolute favorite moments in Undertale — the visit to Napstablook’s house. Where you are told about the family’s tradition of eating and then lying on the ground and feeling like garbage, you listen to some kickass music (SPOOKWAVE 4 LYFE) and then you lie down w/ Napstablook and space out (which is when one of my favorite songs from the soundtrack plays). Every single time the precious baby came on screen I would get excited because it would be another round of “OH NO THIS POOR ADORABLE BOO I LOVE YOU SO MUCH NAPSTABLOOK” — really I can’t help myself LOOK AT NAPSTABLOOK. DAT FACE. 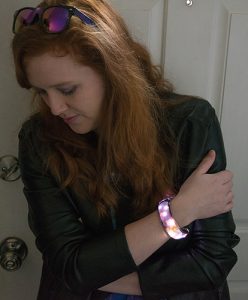 Anyways, THIS SHIRT.  Besides having my favorite ghostie goo on it, it also brings in the whole space theme — and that plus the colors of the shirt bring this to a whole new level of love for me. The purples and blues are really rich and I knew when I saw the whole thing that I had to put an outfit together. I already had pants, glasses and the jacket in mind.

An added bonus with this outfit though was a few days later when my birthday hit (my birthday is less than a week after Christmas) and I got the Celestial Fireworks LED bracelet from ThinkGeek as a gift! It was also from my husband (and he was v. proud: I GOT IT ON SALE! He loves sales.) — it’s like he knows I like space and things that light up. I guess I married him for a reason. XD

But that matched the shirt as well and I knew it would become part of this outfit too! SPACE! I LOVE SPACE. ALSO, I LOVE NAPSTABLOOK.

See, you let me ramble about my baby and space and I will go crazy. Here are some more photos of the outfit! Purples, blues, and pinks, man. SPACE. Thanks to Nate for taking the photos! And for knowing me too well! (P.S. naturally, I couldn’t leave the headphones out).

(My other favorite song on the soundtrack is Waterfall.)