It’s been a long while since Nate and I started this project, but we figured an introduction to it would be good and it’s better late than never! 😉

I know it’s obvious, but we love video games. I would say we love them too much, but there’s no such thing as too much love. We also love showing our adoration of video games with things like costumes and writing — and now photography.

I’m going to share the introduction to the project that is on the website for it, and then share the first set of images from it! 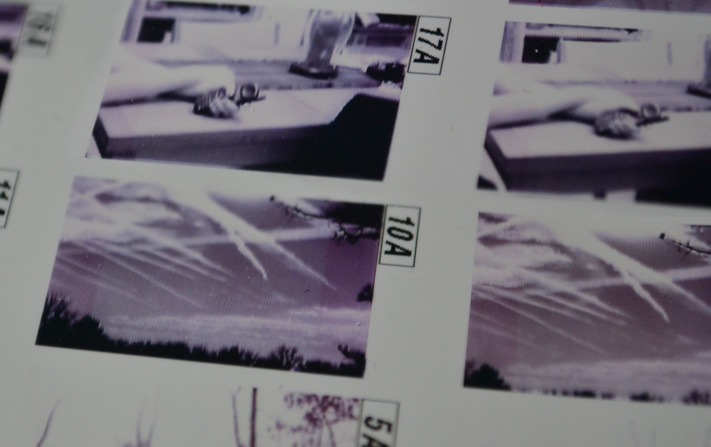 What is Genii Locorum?

Genii Locorum is a project I originally wanted to do many, many moons ago in my last year of high school. It was 2003, I was in Photography III and I loved video games (and fandom in general) then as much as I do now. Originally, I wanted to take my favorite games and set up photographs that looked as if they could’ve popped right out of that universe. A couple were taken with my SLR and processed in the photo lab at school – there was also a Persona 2 photo (a hand and a cell phone – Joker!) and a Final Fantasy VIII photo (jet trails that reminded me of the missiles from Galbadia Garden) that crept onto a black and white roll (which you can see above).

All these years later I find myself taking photos at conventions of costumers from my favorite games, movies, etc. and still find myself taking photos of things that remind me of those universes as well. I figured I could finally take these photos, gather them in one place, and show my love for my favorite fictional universes. Nate (the other half of zhobot.net) took interest in this project when I showed him the photos I took in high school and the rest grew from there!

Okay, I get the site. But why Genii Locorum?

Since many of the photos in this project are video game related, I chose this name because it is one of my favorite ideas/tropes.

Genii Locorum is in the most basic sense “spirits of places.” Genius Loci is Latin for “spirit of a place” and since this project is spanning many “universes” (or places) and the camera acts as something observing something else happening inside the universe, I thought spirits of places was a term that could apply in a way to the project. It’s been through a couple names but they were all strictly video game-related. This one can encompass any fictional universe we dive into.

We’re actually planning on having some prints at the cons we have tables at, but if you won’t be able to make it to those you could check our shop or our Redbubble shop to see if anything’s there!

Below you’ll find the first four photos from this project — we had a ton of fun taking them and look forward to more in the future! Click the images to see the photos in their full glory~ 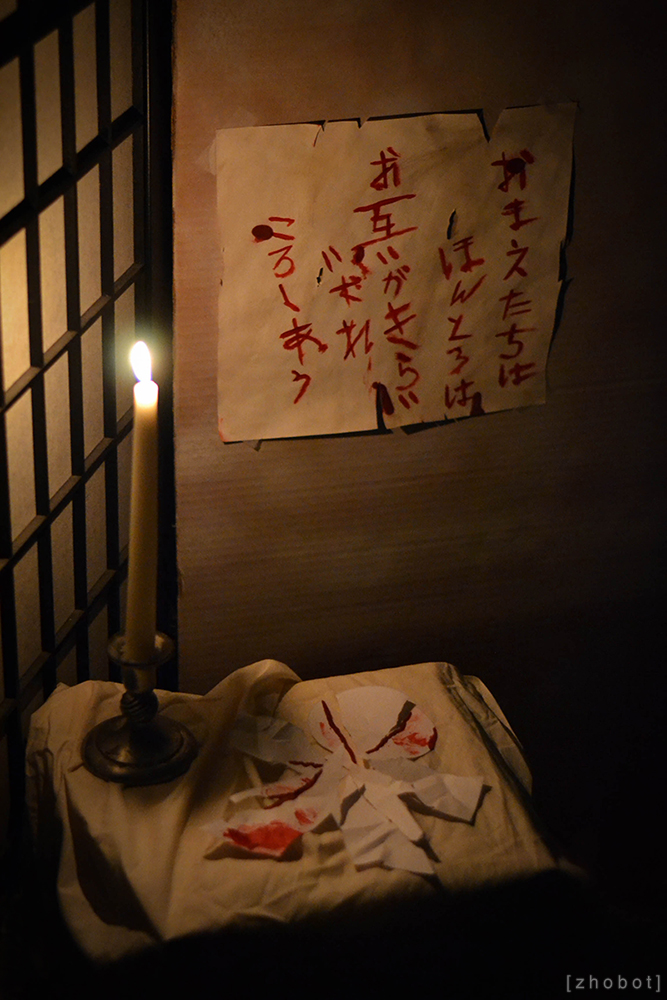 SACHIKO EVER AFTER // Corpse Party — Corpse Party is an amazing little visual novel filled with an insane amount of creepiness. We wanted to include the Sachiko charm as well as one of the save points (one of Ayumi’s candles). We also thought the spot on the wall could use something so we added the “Admit it. You hate all your friends. Eventually, you’ll kill one another.” note that you find in one of the school hallways.

Originally the Sachiko charm was going to be intact but we tore it up and added some blood to specific pieces. That took a lot of staring at a certain few screenshots to tear it up and mark it correctly! 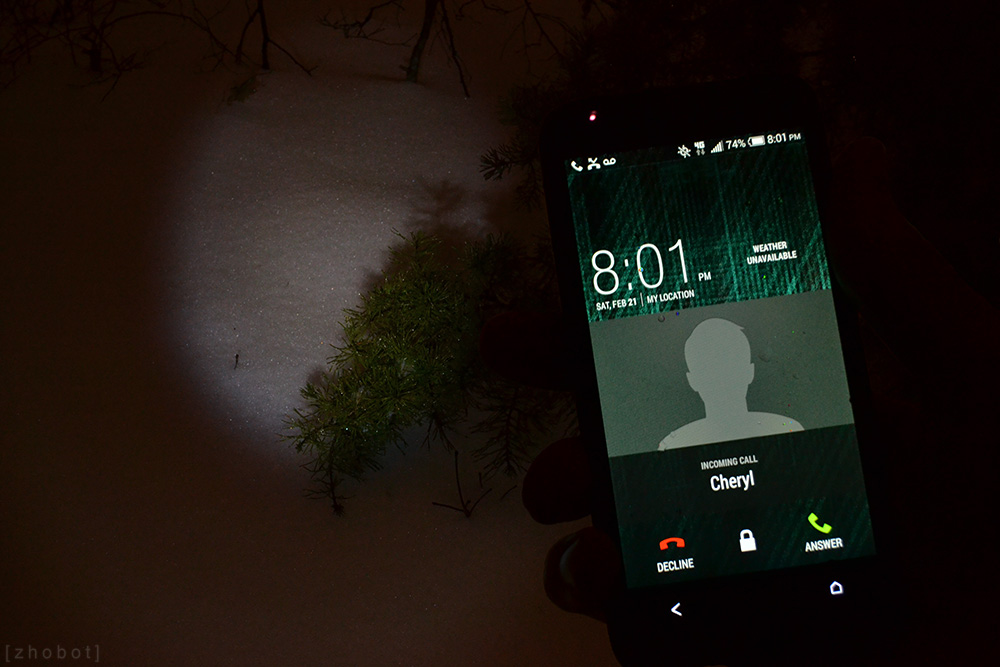 PSYCH PROFILE // Silent Hill: Shattered Memories — Silent Hill: Shattered Memories was sort of a polarizing game in the SH series – some people loved it, some hated it – we were definitely into it! It was different and it was actually one of Nate’s first adventures into the town of Silent Hill (we played it early in our relationship so he’s been on a bunch of adventures to SH now, MUAHAHA). We both think that that game should really be experienced on the Wii though. Hearing stuff through the Wiimote (“Door’s open.”) reeeeaaalllly added an extra “NO WHAT WHAT WAS THAT WHAT” factor.

Obviously the phone, screen and all don’t look like Harry’s from the game but we worked with what we had! It was snowing and we freaked out and thought SHATTERED MEMORIES PHOTO TIME HURRY FIND THE FLASHLIGHT AND CHANGE MY CONTACT INFO TO SAY CHERYL. ;D 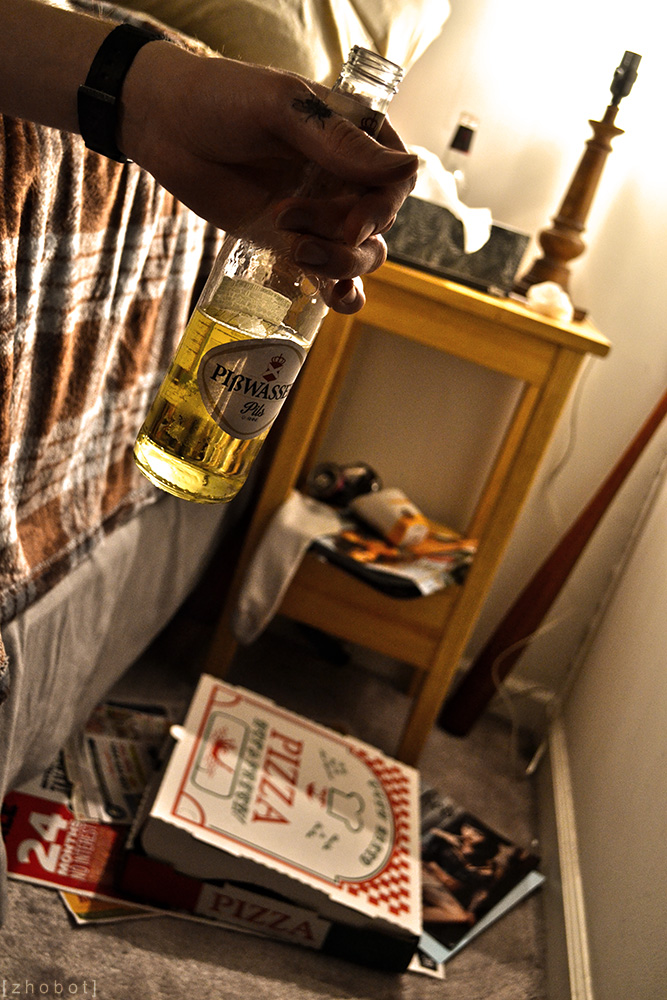 There will definitely be photos from the other GTA games here (as well as more from V) but we had to do a GTA V one first because we have so many feels for it. And out of all the GTA V ideas we have, we had to do a Trevor Philips one first because Trevor Philips. This one is inspired by a Snapmatic photo Heather took of the space between the wall and Trevor’s bed. We took that and ran with it. Or we… took it and jumped on a stolen golf cart and went screaming down the Del Perro Freeway with it. 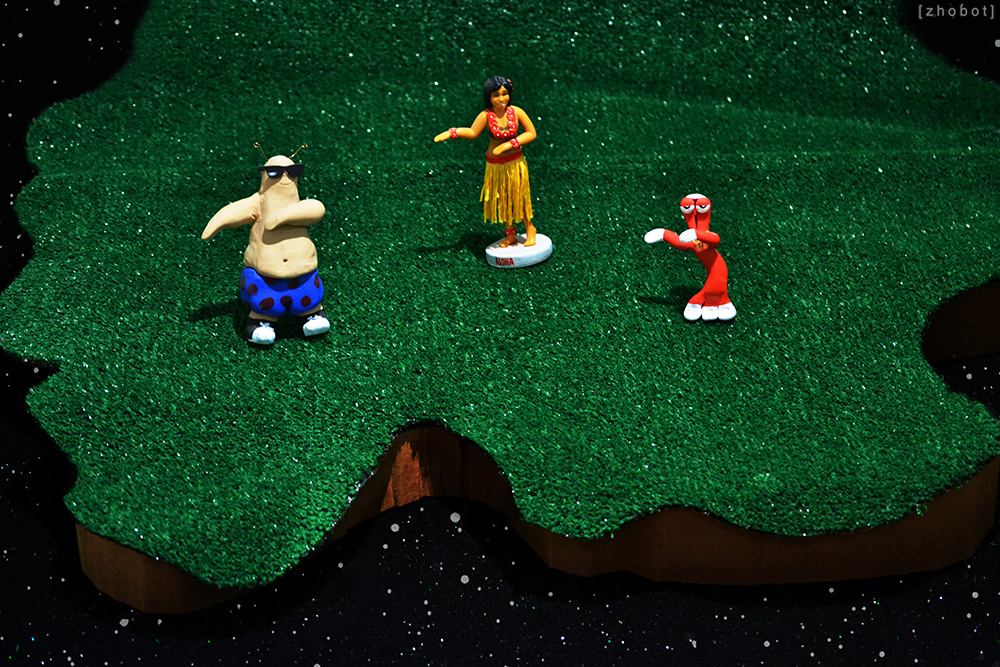 HIGH-FIVES FOR POINDEXTERS // ToeJam & Earl — This little game from ‘91 was one of the first games the two of us played together (a little less than two decades after the original release). We took a photo somewhat like this after we made these two clay versions of the titular characters which was shortly after we finished the game. When we started Genii Locorum we knew we wanted to take a better shot – pull the view back a bit and make it look more like a screenshot from the game.

One of our favorite things in the game is when they dance with the hula girls, so of course, that was what we focused on with this photo (and the original one we took a long time ago). We know you’re not supposed to let them dance because they get distracted and could get attacked but it’s so adorable.