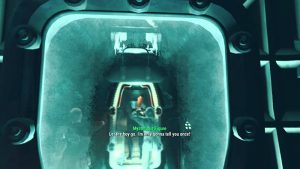 MILD FALLOUT 4 SPOILERS!!! (They’re from the beginning of the game. I wanted to mark them though, just in case.) 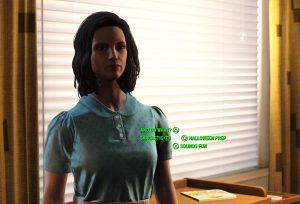 So the one year anniversary of Fallout 4′s release date is coming up soon – coincidentally so is my one year wedding anniversary. I got married to Nate, the other half of zhobot.net, on October 31st of 2015 and during our honeymoon, Fallout 4 was released.

I had been waiting for the announcement of Fallout 4 for so long, with every hoax concerning it breaking my heart a little more, and when it was finally officially announced in the summer of 2015 (with a release date of ONLY MERE MONTHS LATER) – I, of course, flipped the hell out. Nate asked repeatedly if we should change the dates of our honeymoon so that I could be home to play the day it was released. We had already booked just about everything so as much as I wanted Fallout 4, I knew it would be waiting for me when we got home – plus changing all that shit would’ve been a hassle/added fees/etc. so a few extra days of waiting would be okay since I had already been waiting however long. 😀

Anyways, while we were in California (this is where we honeymooned – I had never been and he had only been a couple of times for short business trips), we saw Fallout 4 billboards constantly and it just served to get me hyped That Much More. Then we got home AND THERE THE BOX WAS, WAITING. 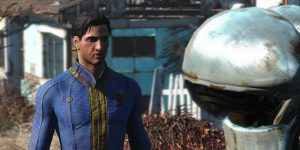 The main idea behind this post though: I read a number of reviews that said it was kind of questionable and/or odd that we were supposed to care about the spouse of our character, who we watch get killed in the first few minutes of the game. Sure, there’s some cute banter between them at the start, yadda yadda, but whatever, right?

I can safely say that I was just about mortified watching what played out in Vault 111. That might have been different if it had been released any other time.

I’m not gonna get into any ~teh power of luv~ and shit on that level, but I had just returned from my honeymoon, which had followed a wedding where I married I dude who I felt something for th 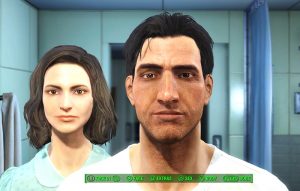 at I had never felt in my life. I don’t know where I’d be mentally, physically or emotionally if I had never met Nate and to watch my player character – who I named Heather – wake up from cryosleep to helplessly watch her son get kidnapped and her husband (who is named Nate by default) get shot – PARDON MY LANGUAGE: but it fucked me up a little. It also happened near Halloween (which was mentioned in their cute banter before Shit Went Down), which – like I said above – was the day we got married. MY FEELINGS.

So I totally understand why people say that being able to care for your character’s spouse in such a short period of time before they’re killed might not work that well, but Fallout 4 came out just at the right time in my life for me to really care and for that part to rip out my heart and shred it to bits while it cackled the whole time.

Plus, when your player character wakes up, you can open the cryopod your spouse is in and get their wedding ring (I kept both of them in my inventory the whole time – they are both still there and Heather is still wearing hers). And you can visit Vault 111 whenever you want and still see their body. In fact, companions will comment on it when they’re with you and you go to the cryopod.

And to rub it all in, Nate said if he got killed in the post-apocalyptic wasteland, he would be fine with me and Nick Valentine being a thing.

So in closing, Fallout 4 gives me feels and that is why. There we go, that felt good to ramble about, haha. 👍

(P.S. I would love to go to Nuka World for real. Well, pre… everything.) 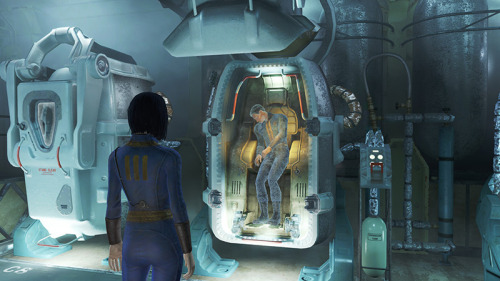