This is a post Nate and I wrote together on our old Zhobot blog about how much we love this game and I wanted to bring it over here to keep it forever! ;D

A game that has quickly shot to the single digits of our TOP GAMES EVER list, Layers of Fear is an atmospheric and detailed romp through a man’s manor and mind as he tries to finish painting his magnum opus. Today marks the release of the first story DLC for the game (the actual first one — which was more an event than a DLC — was an amazing Halloween addition that was only up for a little while), entitled Layers of Fear: Inheritance, which follows the painter and his late wife’s daughter. We’ve only watched the trailers that have been released and even though spoilers are everywhere right at this moment, we’re waiting until tonight to fire the DLC up for ourselves. We figure while we wait for the sun to set, we can share why we love the base game So Damn Much. 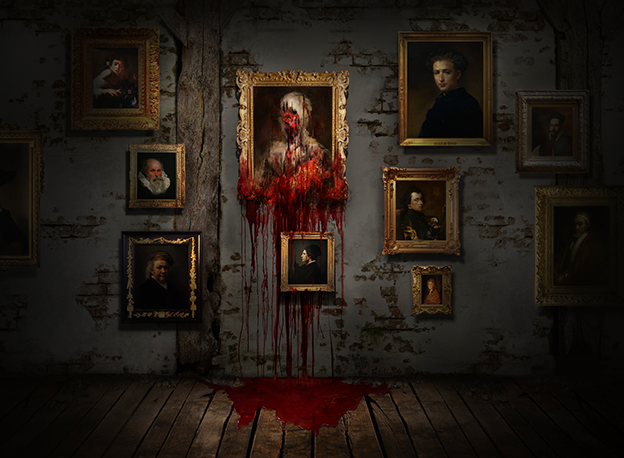 Nate: I love this game, plain and simple. Some claim it’s a rip-off of P.T., but you could only get that impression if you watched half of the trailer while doing something else and/or not paying attention. Yes, it clearly takes inspiration from P.T., particularly in the appearance of the main antagonist (or is she???). But like the name of the game suggests, it adds layers upon layers of rich storytelling and visual artistry to the P.T. “formula”.  There is an excellent balance of sad, strange, and endearing moments to balance out the moments of pants-shitting horror. But you have to work for these, they won’t be doled out on a silver platter. You’re rewarded for exploring every nook and cranny, picking up every item, and just observing the situation without mindlessly bounding on to the next room. In fact, some of these observations are what lead to the most pants-shitting moments of all, in my opinion, versus some of the more obvious jump scares.

Heather: This game intrigued me because I was still bitter and sad about the loss of Silent Hills (I always will be) when I first heard about it. We got the game during early access and finished the part of it that was available then, both of us really pumped for the whole release afterward. It didn’t disappoint and we’ve played it four times now, finding new things each time we do. I love that the basic story is there, on the surface, but to get the details you actually need to dig. You could skip right over so many of the letters to and from the main character to others (publishers, friends, companies, etc.), but more importantly (and friggin’ HEARTBREAKINGLY) you could easily miss letters between the painter and his wife (or are they?)… It’s in these pieces you collect where the deeper issues of the story show themselves. You can see the downward spiral that this relationship spins into and how it takes everything around it with it to hell. Below are some of the things you can find here and there. I used some of the tame ones before things really went south. ALSO, THE SHOPPING LIST. GOODNESS, SON.

Nate: Let’s talk about jump scares for a bit, as they are one of the more polarizing features of horror games. Lots of games do this wrong by making them seemingly random, not drawing out the tension for long enough, making improper use of sound, or hell, just having TOO DAMN MANY OF THEM! Layers of Fear mostly avoids this trend by using them sparingly and uniquely throughout your playthrough. I’d love to give examples but that’d be spoiling some of the fantastic firsthand experiences.

Heather: And when they are used, it’s not just for fun or for the hell of it. This painter’s mind is not all there so you expect lots of things when nothing happens and then when you think you’re safe, that’s when things happen. I also appreciate that one of the endings to the game steers you directly into the path– directly into the arms of the jump scares and even when you know it’s coming, it’s still creepy. You have to have the painter willingly torture himself with this to achieve one of the three endings and I appreciate the crap out of that, especially because it reminds me of one of my all-time (actually my #1 of all time) favorite games, Silent Hill 2.

Nate: Putting the horror element aside for a bit, the game stands on its own as an excellent surreal adventure game as well. The world around you is constantly changing, often before your eyes! This is one of the most unique things about the game: it can range from entire room transformation to subtle inception style visual tricks. If you ever wanted to know what it was like to take hallucinogens in the Victorian era, good news, LoF simulates this quite well!

Heather: I’m hyped for this DLC, especially since it should answer more questions about the story! Even with all the letters and things that we found in all of our playthroughs, there are still some unanswered questions that could have a little light shed on them. I was always curious about what happened to the daughter, so this should at least answer those! (And maybe the Halloween update will be added again this year!) 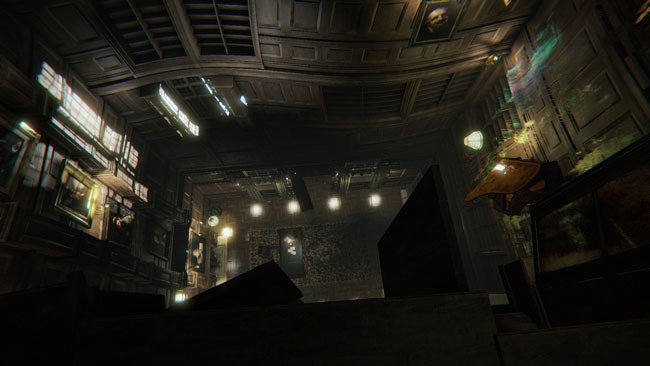 Basically, if you’re a horror fan, this game is a great addition to the genre and you should check it out! We’ll go  play the DLC in the meantime.

Capes for Your Butt [SPimH]