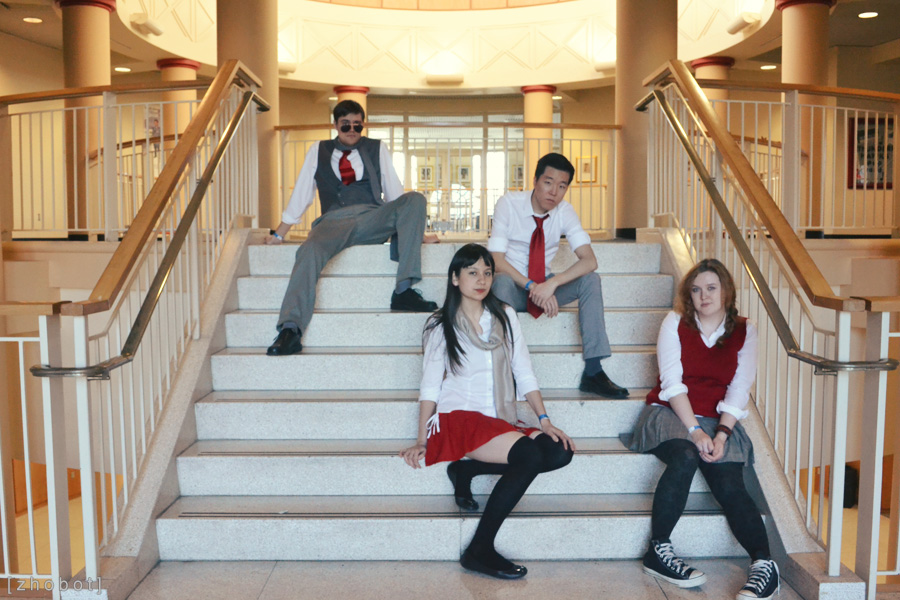 Last weekend at Eastern Shore Fan Con, myself, Nate, and Denis were very excited to be joined by Bria of White Hot Room for a costume group of some of the students from the comic Morning Glories! If you’ve never heard of Morning Glories here is a good summary of what it’s about on Wikipedia – don’t read too far into the Story Arc section though because SPOILERS! (And here is an awesome tumblr powerpoint presentation about why you should be reading it.)

Also, check out Bria’s Morning Glories post with more photos over at WHR! 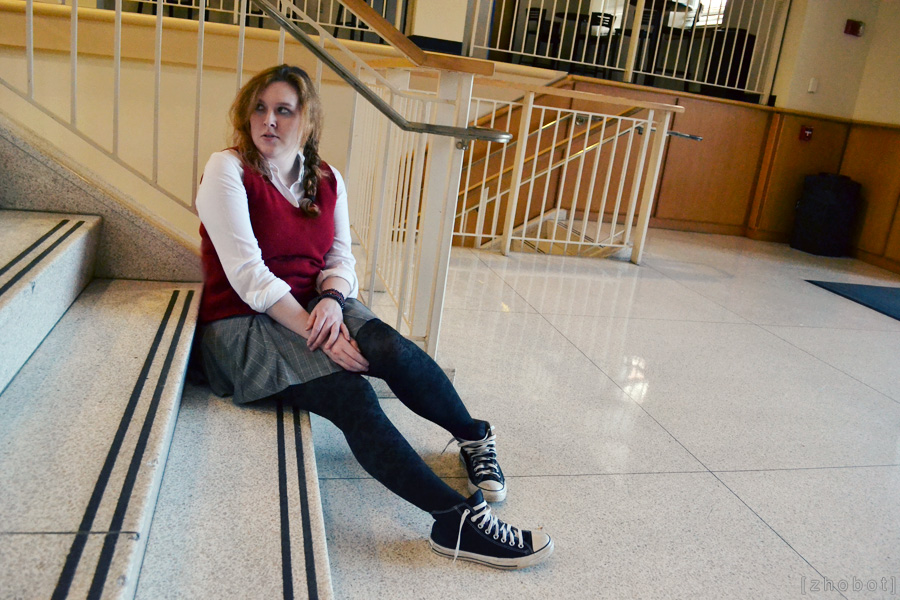 We were more than happy to recommend the comic to anyone who asked us what we were dressed as that day. This happened more than a few times as we bounded around the campus where Eastern Shore Fan Con was held snapping photos and acting generally fitting to each of our characters.

It’s Denis’ fault that Nate and I got into the comic. Bria had read the first few issues and Denis lent the rest to her to catch up. This is when the idea was born for a group costume! Of course, Denis’ wardrobe usually looks casually smashing and is full of slacks and button-up shirts and ties and stuff, so we figured he was just suggesting it since he already owned everything and dresses like this normally. (“But I had to buy the slacks and tie for this outfit!”, I can hear him saying right about now. ;D) 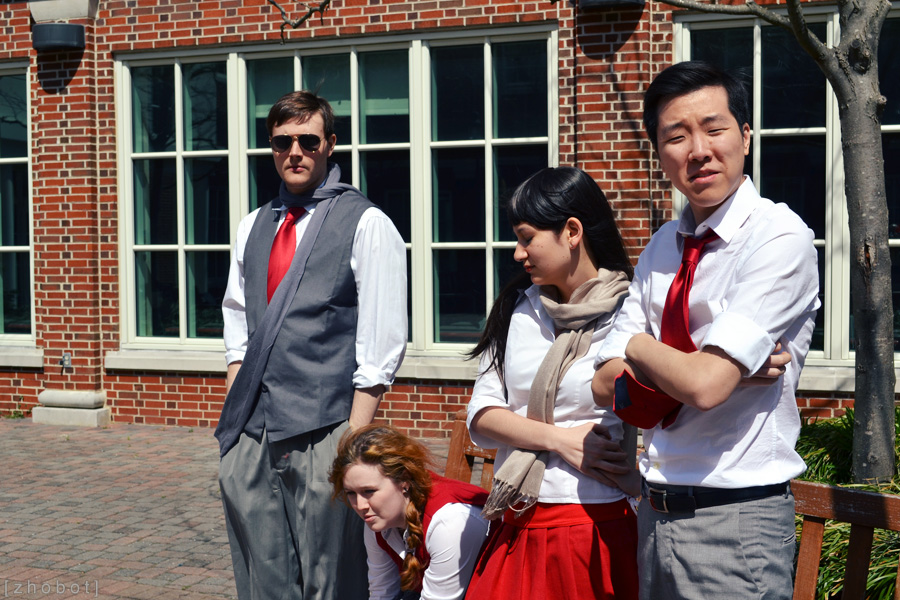 Many, many thanks to Roger who took many of these photos and directed us into place. It was especially awesome when he was inside taking photos from the second floor of us outside and had to try to move us around with no words and just hand signals. He finally called Nate (who was the only one who had his phone outside with him):

Overall, ESFC was a lot of fun and our costumes were actually pretty comfortable. I got to wear my well worn-in Converse and Nate found an awesome vest with a scarf already attached on Amazon for $10 that fit Ike pretty darn well. (And there might have been one purchased in black too for a future Saints Row/Glitterati crossover.) We’re planning on wearing these again! By then maybe we’ll fill out some more of the group! 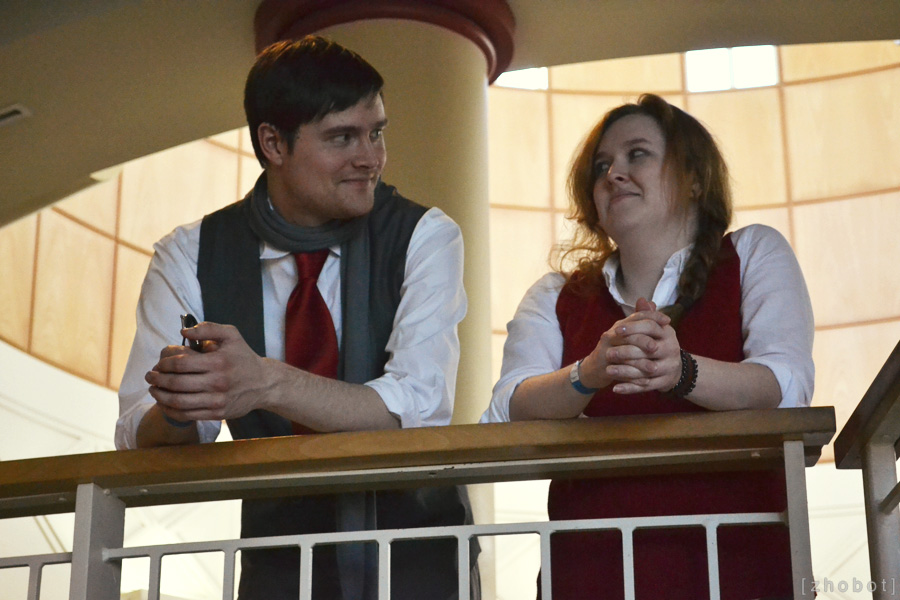