A good friend of mine got married back in September and I was honored to be asked by her to make something for her centerpieces. I occasionally paint tiny wooden peg people (the Peg Posse!) up to look like people or characters from movies/games/books/etc. and she asked if I could paint some for each of her tables at the reception. Each table was going to be themed after a different fandom that she and her now-husband (who is awesome just like she is <3) are into and there would also be some on the table where the two of them were seated. 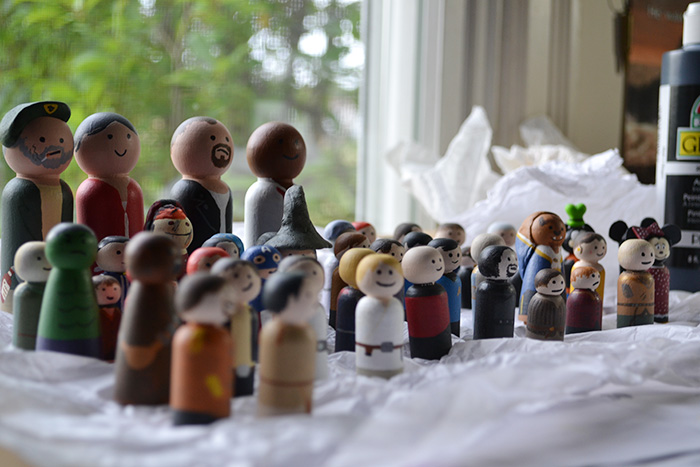 Above are a couple of photos of the tiny peg madness & the process and below are what sets I painted and photos of each of them! 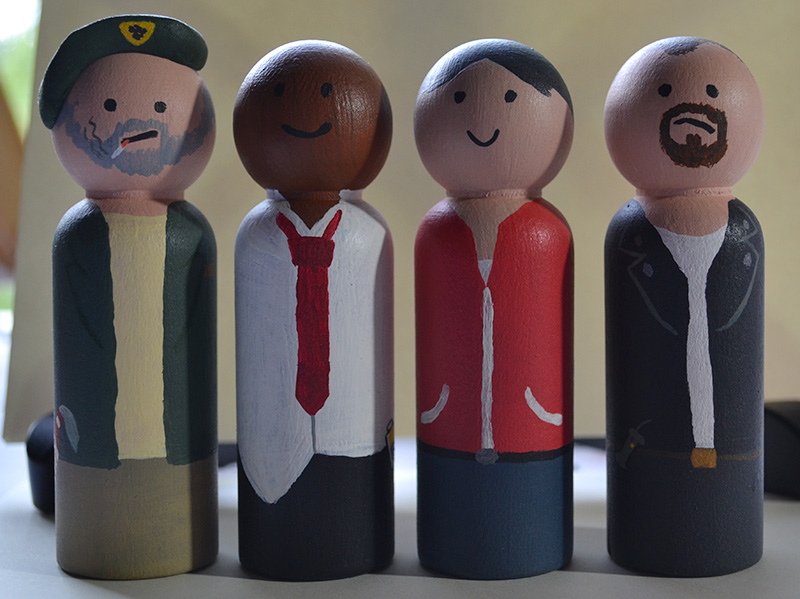 Left 4 Dead – Bill, Louis, Zoey, Francis (This video game was something they bonded over a lot when they were first dating so these were the pegs for their table — and also why they are the only bigger ones). 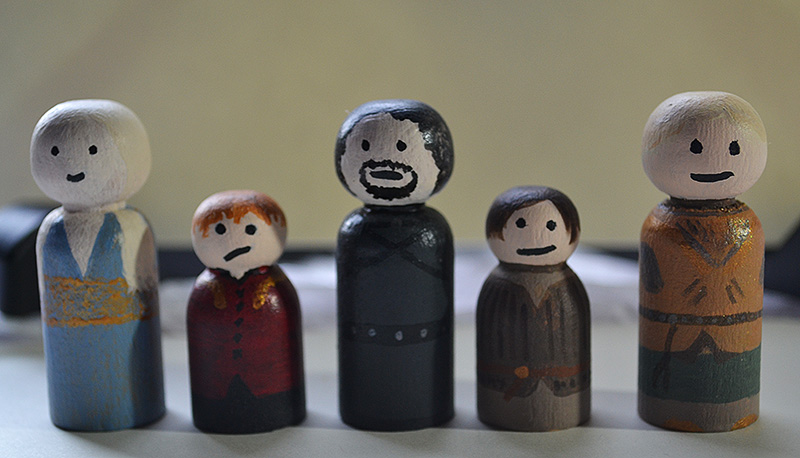 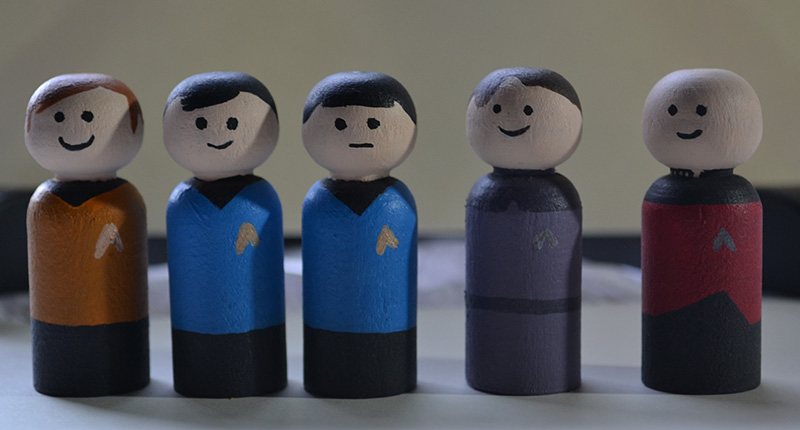 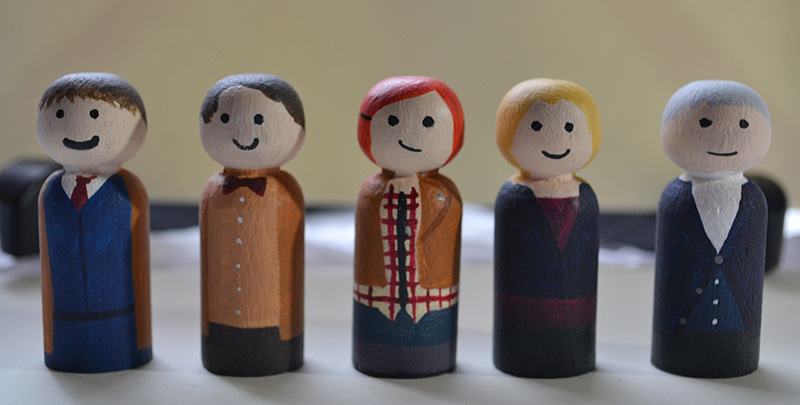 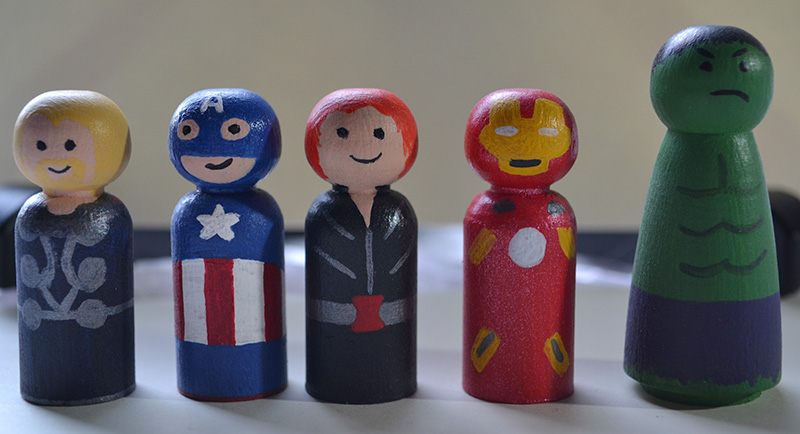 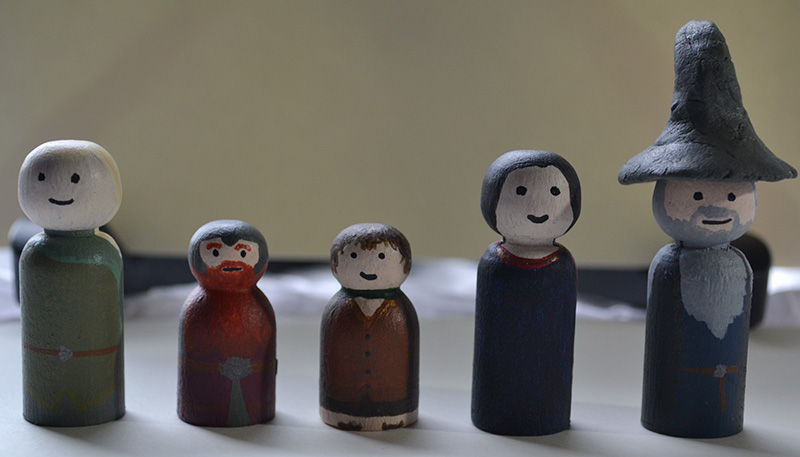 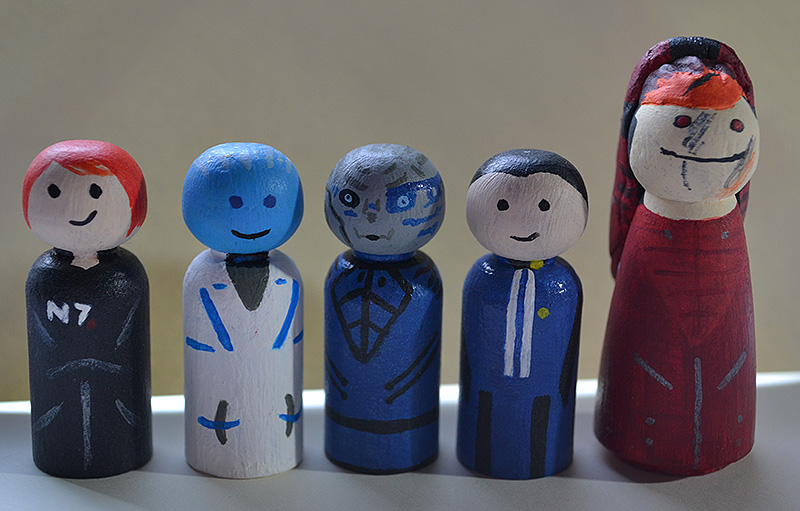 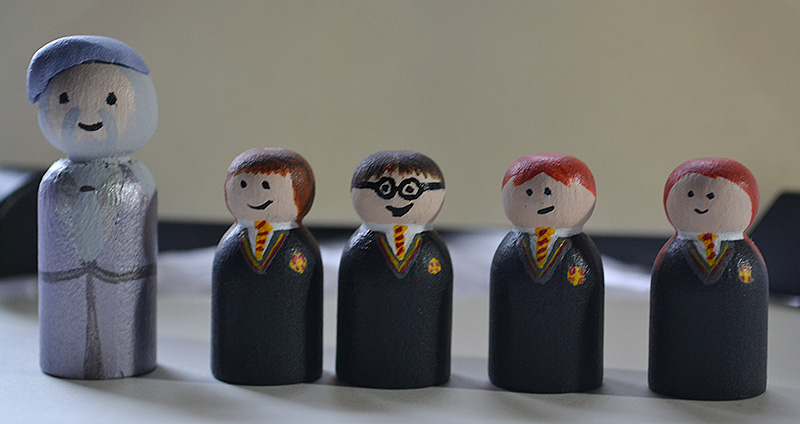 Here are a few detail shots on some of the pegs. Tatooine dirt on Luke’s tunic, Corellian bloodstripes on Han’s pants, and the rank insignia on Picard!

I’ve been wanting to paint more of these recently but I won’t be able to start on them until some point in the near future because the Zhobot household is going crazy getting ready for Halloween this weekend. This year we’re doing something a little different than we usually do – we’re getting married! 😉