For a long while, I had been collecting old video games magazines and I used them (the pictures from articles specifically) to turn into pins. When I went through them, I also found old ads from when games were released. Some of these ads date pretty far back and were either A.) hilarious, B.) effective, or C.) what the hell? Or sometimes all of the above or a mix of things. I had so many collected and didn’t have any idea what to do with the stack so I figured I’d start a feature here where I post a couple at a time and share with the world some blasts from the advertisement past.

I couldn’t resist starting with this pair of Escape From Monkey Island ads, which were found in different magazines from around the same time. The game came out in November of 2000, which was the perfect time to spoof what the ad on the left did! The previous year, Star Wars: The Phantom Menace was released and one of the teaser posters had a shadow of Darth Vader looming over a young Anakin Skywalker on Tatooine. It was an amazing ad for the movie and they were smart to spoof it, especially since Escape From Monkey Island was made by LucasArts (now Lucasfilm Games). 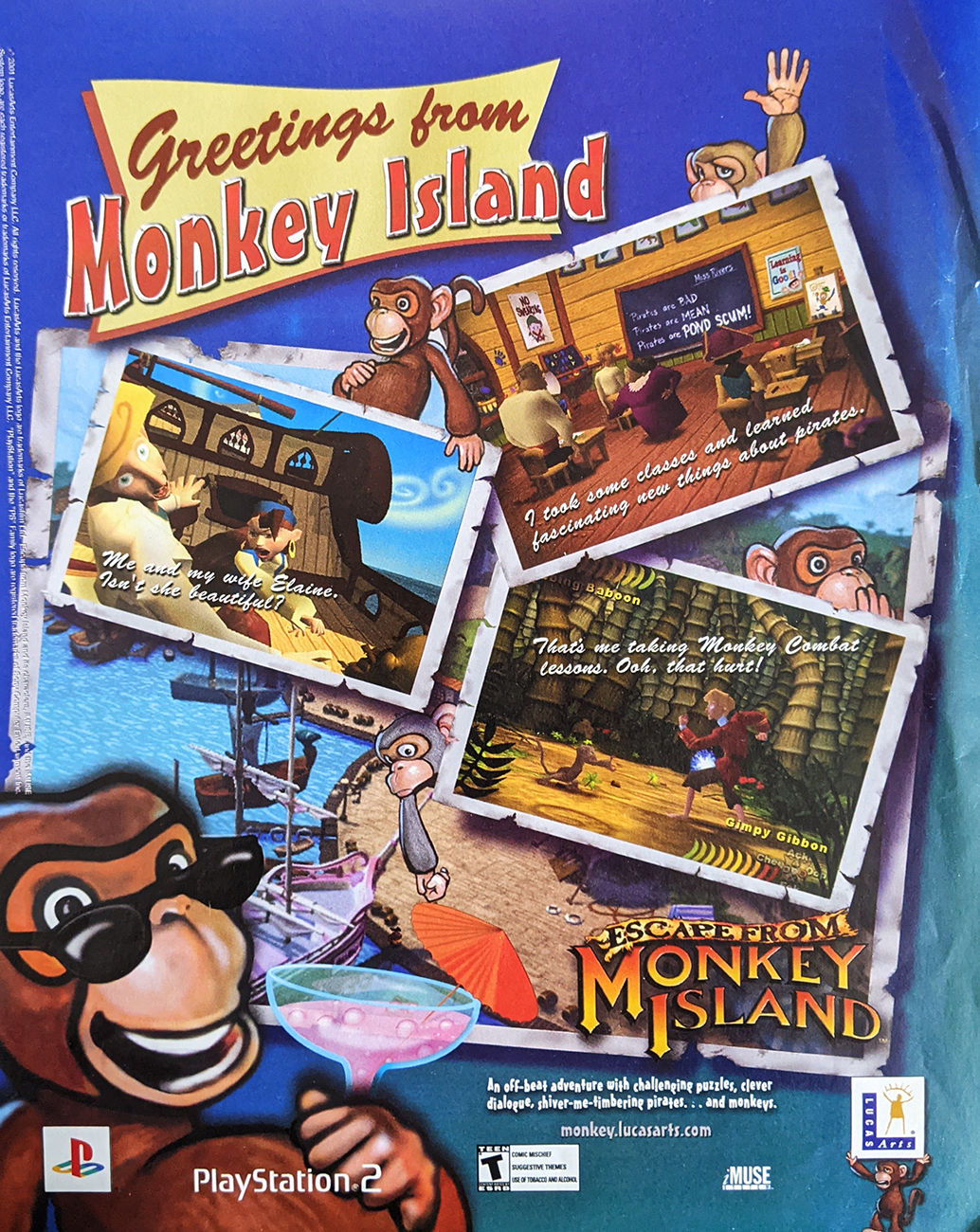 I found another ad for the game in an issue of a magazine that was released around the same timeframe and while it’s not as perfect as the one above, it shows more of the game and is very, very silly — which I love. Monkeys having vacations and Guybrush Threepwood sending back postcards where he’s getting punched by his wife, Elaine, learning about pirates, and taking MONKEY COMBAT lessons. I really like the little monkey holding up the LucasArts logo in the bottom right and looking like he’s not having a good time. Just let him party with the rest of you bros, okay?

AD-ventures is a feature where I post ads for video games and video game-related things I’ve found while going through old issues of gaming magazines I’ve collected from numerous places over the years. There’s a whole assortment of weirdness going on with some of these old ads.