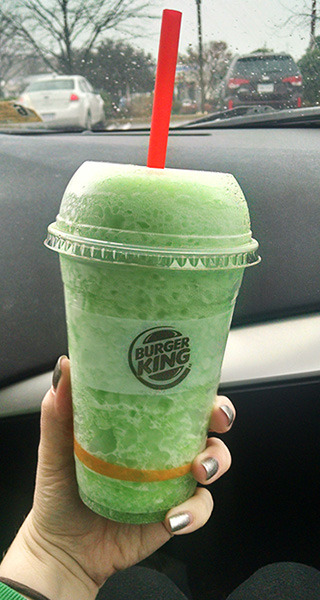 Whenever I eat or drink something these days, it occasionally reminds me of the different types of amazing and delicious sugar I shoved in my face when I was younger. I had a giant flashback recently when Burger King introduced Frozen SURGE.

SURGE legitimately used to be my lifeblood. I don’t know how I survived because for a while that was most likely 80% of my intake. My mom cut back on buying it after how ridiculous she would always watch me get after drinking it but when I went to visit my dad every other weekend he didn’t care. And by he didn’t care I mean, he knew how to tune me out when I started bouncing off the walls. This was middle school if I recall correctly, so I was old enough not to hurt myself while not being supervised, but I wasn’t old enough to shut my sugar-filled mouth.

When I was with my dad for the weekend we’d usually stop by 7-11 or a similar place and I’d get a 20 oz. SURGE and a roll of SweeTarts. Don’t ask me what I was thinking here because the tartness of both of those things combined was some kind of fucked up but for some reason that was my jam. Occasionally it would be Reese’s Peanut Butter Cups instead, but it was usually the SweeTarts.

What did I do with the energy I built up from this magical combination? I learned HTML and built websites (which is a whole ‘nother post altogether). So at least I was doing something useful with my time and energy, I guess. 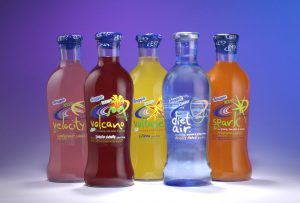 ment drinks (except for one or two that I completely ignored because the flavors were blech and I only wanted the bottle). Do you remember those fabulous things and those fabulous bottles? Look at the logo and images! The flavor names! I had to have them all. A couple of friends of mine and I collected almost all of them and you can see part of our collection in that photo of an old photograph (photoception since there’s a photo in the photo of the photo). I don’t remember what actually happened to said collection of bottles though. I think they got recycled.

Frozen SURGE was delicious and made me want SURGE again. It was recently brought back thanks to a determined, persistent and awesome Facebook page and as you can see above, I grabbed a roll of SweeTarts at the store and had those and a SURGE while playing Fallout 4. It was just as overly-saccharine and magical as I remember. (WHAT WAS I 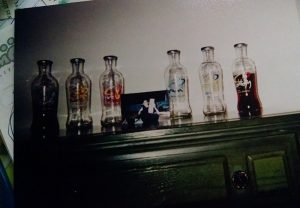 THINKING BACK THEN?) Maybe it’ll give me enough energy to start up web design again? Who knows.

(If you had a spiritual I.V. of SURGE like I did and want to experience it again, you can order cans of it off of Amazon! It’s actually better than I remember and doesn’t drive me as batshit as it used to. I’m not sure if that’s a good or bad thing. I really would LOVE all that energy I used to get from it.

When I ordered them, the case was $14. If the price looks ridiculous now then waiting a bit should hopefully help that out!)

Are there any sugar-filled goodies that made up pretty much all of your diet during your formative years? 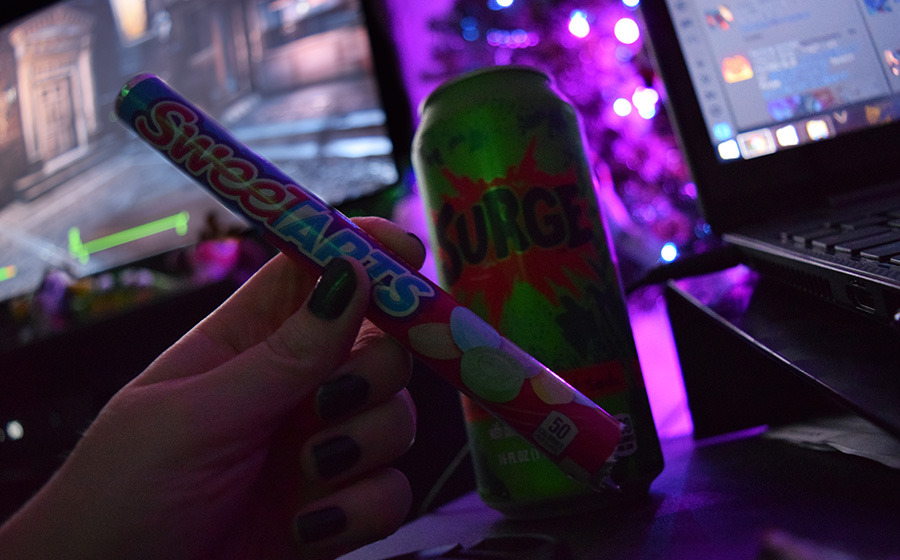